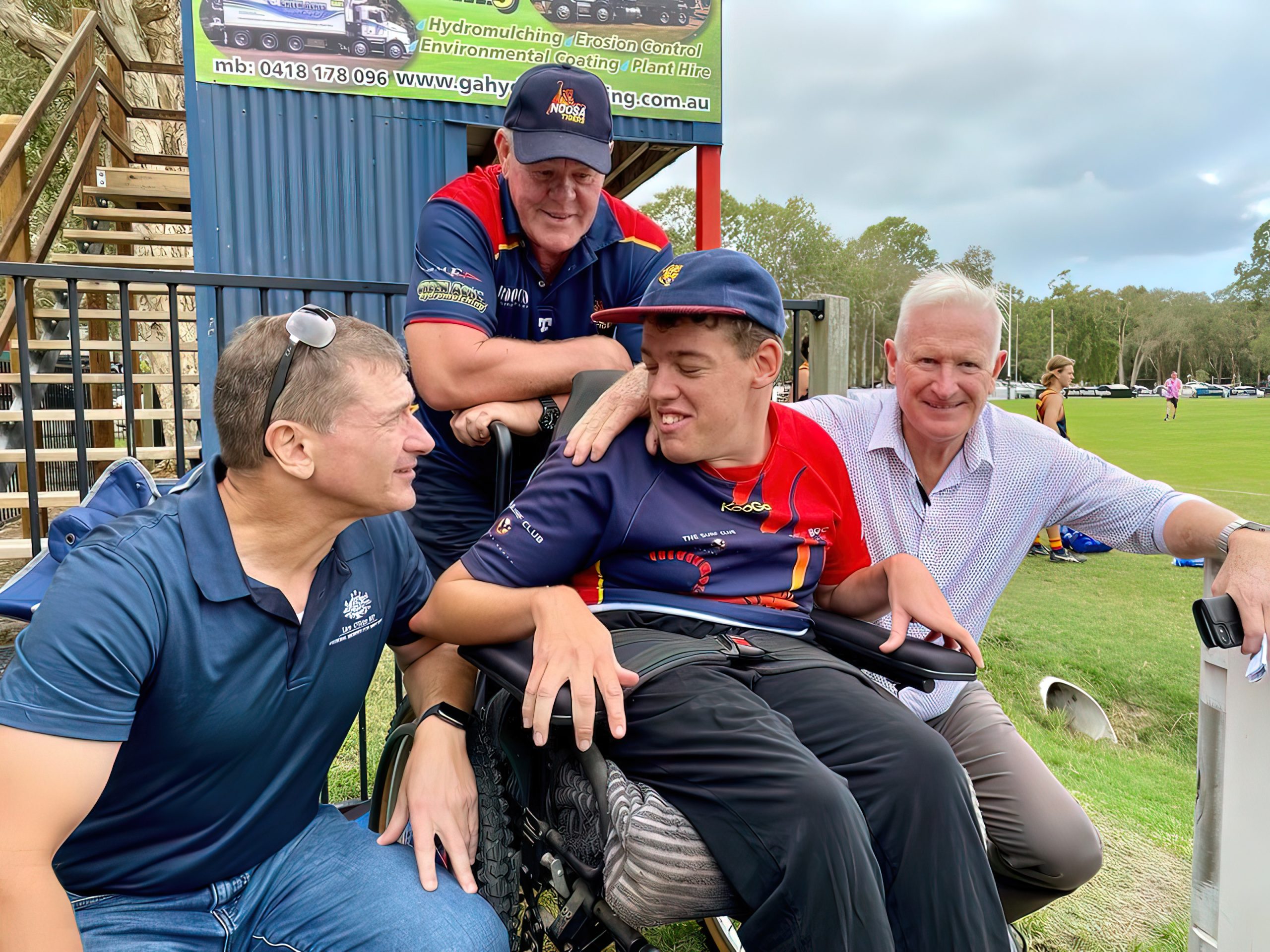 Federal Member for Wide Bay, Llew O’Brien, made the announcement on Saturday and said the Coalition Government was committed to supporting community sporting clubs across the country.

“The Noosa Tigers’ Health and Wellness Centre will incorporate training spaces, change rooms, gym and a multi-purpose space for community workshops and meetings, which will also be available for use by other community organisations such as Sunshine Butterflies and Noosa Probus Club, and local school groups.”

“The expanded facilities will enable the club to deliver community-based mental health workshops in line with the AFL Mental Health and Wellbeing Strategy, and will also provide expanded, modern facilities for the club’s 500 members.”

The Noosa Tigers Health and Wellness Centre will be built, operated and managed by the Noosa Tigers Football Club, which will partner with mental health providers to deliver vital educational programs that decrease the stigma attached to mental illness, and promote proactive steps people can take to achieve positive mental health.

“We’ve identified growing mental health issues with young people in Noosa following Covid, so this is a much-needed facility and I really want to thank Mr O’Brien for his support,” Mr Frawley said.

“The Centre will provide the opportunity to educate and train not just our own players but other local sports groups and community groups in becoming mentors and mental health advocates.”

The facility will also boost the broader Noosa economy by creating seven local jobs through the flow-on economic benefits of construction and will support the local health sector.

Only the Coalition Government will continue to deliver a better future for Wide Bay as part of our plan to build a strong economy and a stronger future.