Lachie is chasing a Flag! 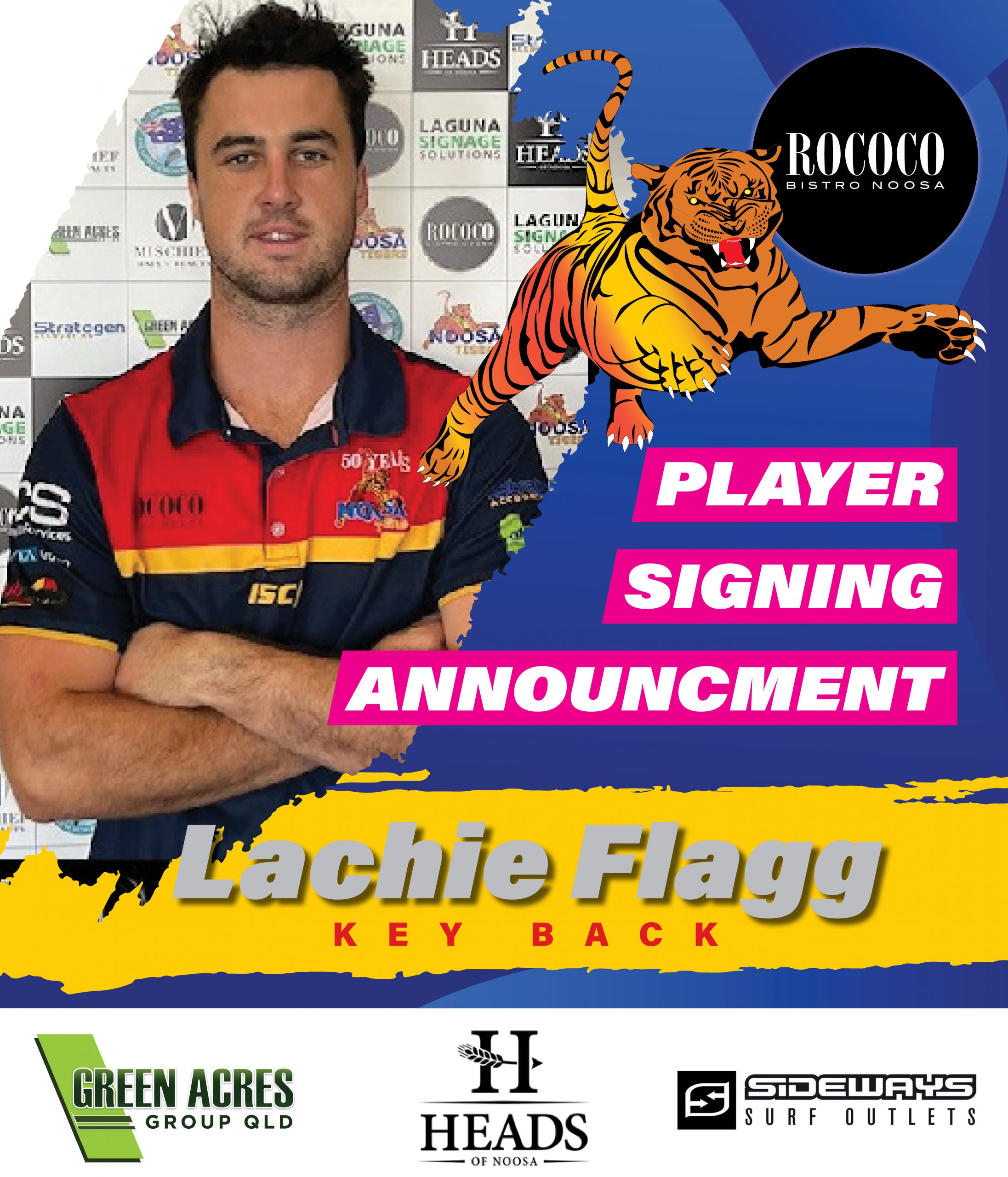 The 2nd of the 2 Players Chris Rourke wanted to recruit was Wodonga Raider Star Lachie Flagg. Noosa AFC had a few really good chats with Lachie and with some pressure from close mate Jack Harper, Lachie decided for a Sea Change. Even though Jack has had to head home for a year Lachie decided that the Sun, Surf and Footy club was to hard to leave and locked in for season 2022. Lachie was named in the powerful Ovens & Murray Team of Year in 2021 providing more proof that he will be a force in the QAFL this season

Lachie answered a few questions for our supporters on the eve of our 2022 Season.

Noosa AFC: Welcome back to the Noosa Football Club, what made you decide to play for us in 2022?
Lachie: I really wanted to play footy with Jack Harper but he decided to go home but I heard it was a great club and the attraction of moving to Noosa was huge.

Noosa AFC: What would be your best position?
Lachie: Key Backman.

Noosa AFC: What do you do for work?
Lachie: Refrigeration Mechanic.

Noosa AFC: Do you have any other hobbies away from Footy?
Lachie: Love a beer with mates & love a hit of golf.

Noosa AFC: Any new teammates that you have connected with so far?
Lachie: Aaron Laskey has been great & Shadeau Brain but all the boys are great.

Noosa AFC: What do you want to achieve at Noosa AFC both personally & as a team in 2022?
Lochie: Personally – Try and improve as a player in a new structure in a new league. Enjoy moving away from home.
Team – Just compete hard and give ourselves a chance for the ultimate success.

Noosa AFC: Lachie, we have been in desperate need for a key backman to help Smythy, Buntz and Guthrie out and we are pleased we have been able to lock you in. Having seen what you bring in the 2 practice matches we are very excited to see you playing on the big forwards in the QAFL and have no doubt youll give them a hard time. We welcome you to Sunny Noosa and look forward to a huge 2022.