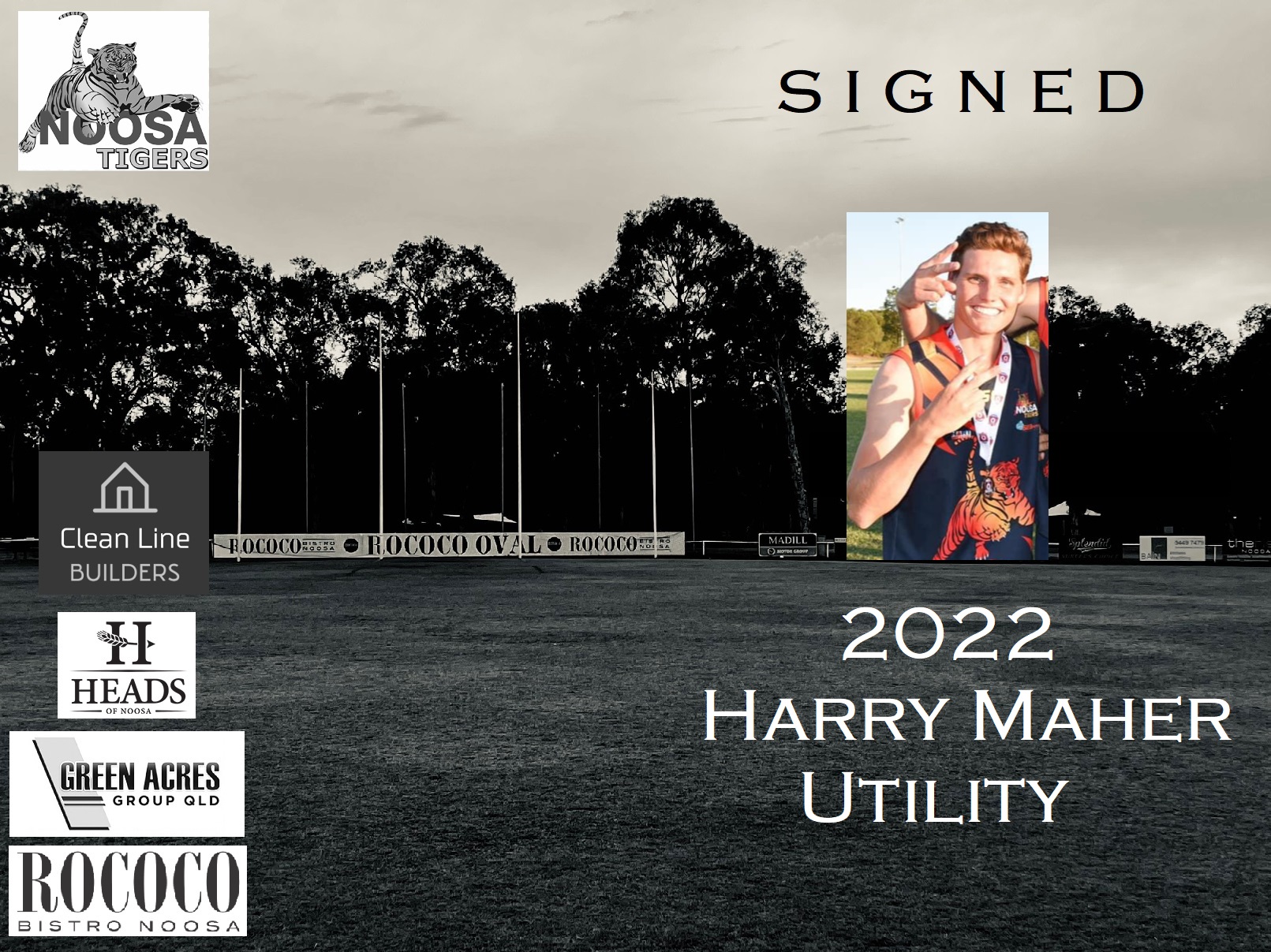 Harry Maher has returned from Melbourne to join back with his home Club for Season 2022. In one of the biggest blows last year Harry decided to join best mate Connor McDonald to try his luck playing footy in Victoria for Northern powerhouse Heidelberg FC. Harry had a big start to the season before being cut short due to a large foot injury that seen him have to sit the remainder of the season out after surgery. Our Recruiting committee have been all over Harry for 2 months and have finally been able to secure his signature to return to Noosa. Harry is one of the most loved players at our club and we are so excited to see him back in a Tigers jumper

Harry answered a few questions for our supporters

Harry: With what happened in Melbourne this year with Covid it made me realize how good it is up here & how much I wanted to be back in Noosa. Seeing the struggles of this year for the club was tough & I really wanted to get back and help the boys as much as I can

Harry: Half Back Flank

Harry: Chippy (Working for one of our Major sponsors – Clean Line Builders)

Harry: Loves to play Basketball (However from what I’ve heard he should stick to footy) & loves a beer with mates

Personally – Id personally love to Move up the ground, potentially on a wing and keep growing as a player

Team – With what we are putting together, there is no reason why I don’t believe we can win a Flag. We are only missing one piece that could put us over the edge – Hopefully, Connor signs back with us soon

Noosa AFC: Harry, you are one of the most loved players at the Noosa Football club, not only on the field but off it also. We really missed you around the place this year and we have no doubt you’ll have a major impact on the playing group in 2022. Welcome back mate