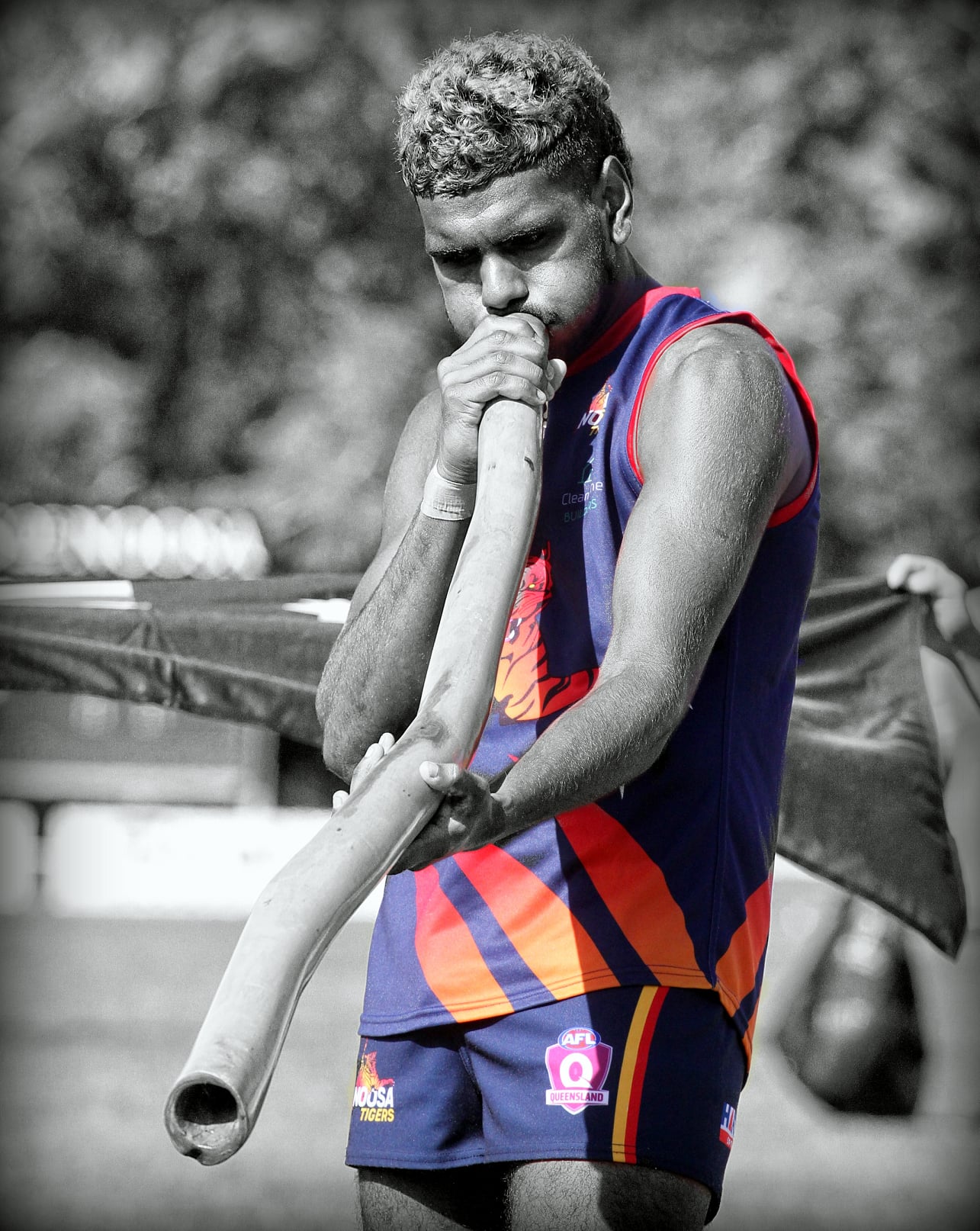 It was the yearly celebration of the Sir Doug Nicholls Round where we acknowledge our indigenous roots and didn’t Dessy Tippa and Dylan Godwin along with local elder Uncle Tyson show us what the day means to us. Just a terrific way to start what was a pretty big day at our Rococo Oval.

Of course the winless Tigers hosted QAFL heavyweights, and to this point, the unbeaten Broadbeach Cats whilst it was Ladies Day in the clubrooms and the Heads of Noosa Brewery were at it again on our beer lawn just to up the ante.
A very strong crowd witnessed Broadbeach completely dominate the undermanned Tigers who were without names like Meredith, Buntain, Fitzpatrick and Stack to run away with a near 20 goal victory.

One thing I will say from a supporters point of view, never once did the Noosa boys not attempt to make a tackle, chase or help out a team mate which was just fantastic and a credit to the leadership of coach Bovalino and skipper Laskey, who once again was the Tigers best racking up 31 touches in the midfield and giving his heart and soul the entire day.

Young Will O’Dwyer booted 4 goals to continue his good run of recent form whilst teenager Shadeau Brain and defender Ben Guthrie were again amongst the best in the substantial loss.

Broadbeach coach Craig O’Brien observed after the game ’Look we knew Noosa were undermanned and have been for a few weeks now. We’ve lost one game in a year and a half and when we needed to put the foot on the throttle we did just that. I know how proud Noosa is as a club and I’ve been on the end of some horrible defeats but just stick with Bova and his assistants and I’m sure it will turn around quickly’.

A massive congrats to youngster Cooper Ogden who made his senior debut and whilst facing a very daunting opposition, he seemed to handle the transition with ease. That’s six boys already from the Colts this year who have made their senior debuts, so the future is looking bright.

The seconds were gallant but went down by some 30 odd points whilst the Coolum Noosa Colts were outstanding in their comprehensive victory over Broady in a game under lights and in front of a sizeable crowd.

Great to have heaps of the senior group out their at their quarter time and 3 quarter time huddle and again in the rooms singing the song. Culture not lost at Noosa!

Our women had the bye but return this Saturday against Pine Rivers in Brisbane whilst our senior mens teams travel down to Redlands to face the Victoria Point Sharks.

A big congrats also to Noosa Under 15 girl Jada Delaney for being selected in the Queensland Team. Just a superb effort!

Good luck to all teams representing Noosa on the weekend and don’t forget our 50th (plus one) year celebrations on Saturday the 26th of June at the clubrooms where teams of the decade (70s, 80s, 90s, 00s, 10s) will be announced along with many other acknowledgments.

One not to be missed!