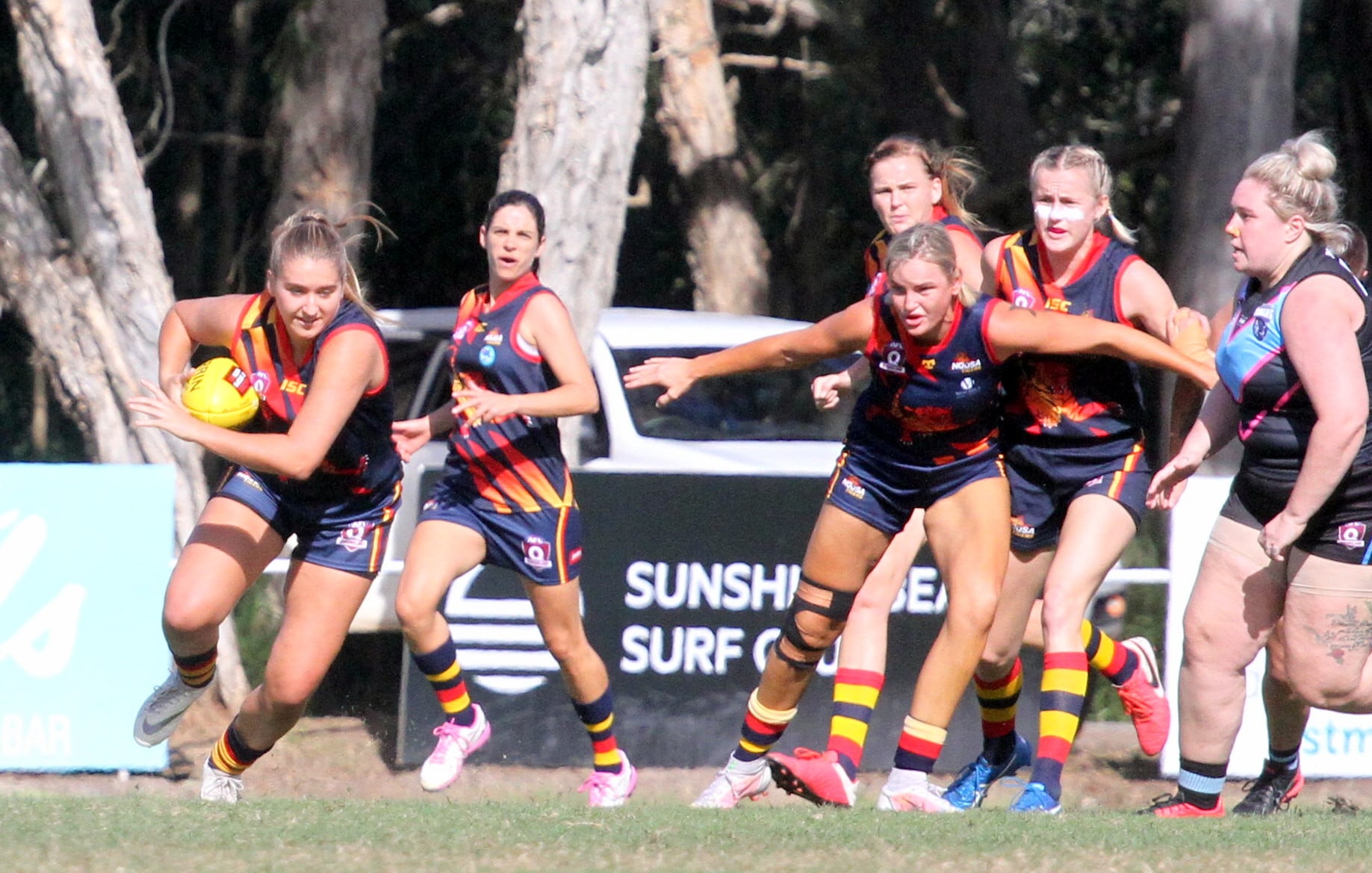 Demons too good for Tigers

The Rococo Noosa Tigers suffered a 70 point loss on their first real road trip of season 2021 when a skilful and much bigger Surfers Paradise far too good on the Gold Coast.

After an even opening stanza where the Noosa boys matched their more experienced opponents, from then on it was all one way as the QAFL premiers of 2019 showed their full skill set and ball movement. Infact Noosa were held goalless after half time in a pretty disappointing showing as they slump to 0-5 to begin their first ever QAFL campaign.

Club President Rob Purvis stating: ‘The jump up was never going to be easy. We are at state league level and whilst our start is certainly not we wanted this is a time where the true character of people and the club as a whole are tested. I mean I think prior to this season we had lost a total of 7 games in 4 years so to lose your first five is a really different position for us. We are blooding youngsters and Bova and the coaching group are working really hard to rectify and improve. I mean to see young Marty, Cooper and Jed out there, all teenagers, is the way forward. We won’t die wondering here, don’t worry about that’

Riley O’Dwyer returned from a serious corked thigh to be the best player for the Tigers whilst gun forward Aaron Wilson bagged four goals in another impressive performance in the attacking half. Again skipper Aaron Laskey was among the best players whilst defender Ben Guthrie is impressing all with his work rate and consistency.

The bottom placed Tigers face 2020 QAFL premiers Morningside this Saturday in a massive day of footy at Rococo Oval. All four senior grades play at home Saturday with the colts starting the day at 9.30am and our women finishing under lights from 4.45 pm. The senior game scheduled for 2 pm.

Speaking of our Colts, a terrific win by the Shane Dawes coached colts to well and truly keep them in the finals hunt at this early stage of the year. Jaxon Smith was outstanding for the victors in their 3 point win whilst Kooper Airey Bamback again shone up forward booting 3 majors.

The Noosa Women had a terrific 40 point win and look to be improving every week under the tutelage of Graeme Burgen. Jade Cousins was great all day for the Tigers with young Hannah McKenzie a star forward of centre. Keirra Massoud and Cassy Young were again in the best for the Tigers.

Sevens Sunrise sports presenter Mark Berretta is our special guest for our presidents lunch this Saturday and I’m sure he will not disappoint.

For all information on what’s going on at the Tigers, visit our website noosatigers.com.au or please google Noosa Tigers Facebook!

We are a very proud and successful footy club, the only senior club on the coast to reach 50 years of existence. More info on that celebration coming soon.

Good luck to all teams representing the Noosa Tigers this weekend.