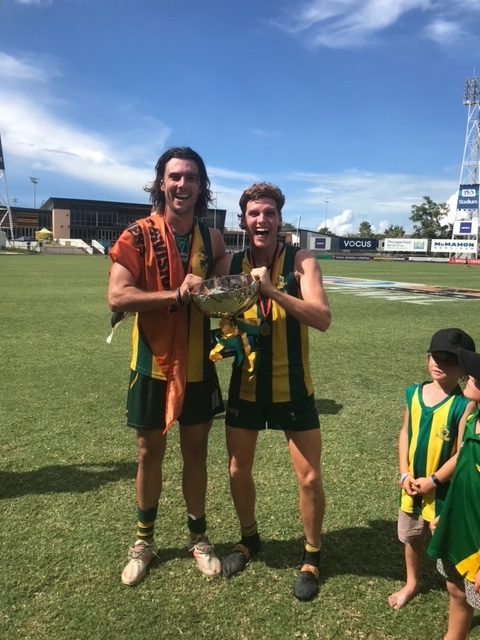 Noosa locals Connor McDonald and Harry Maher celebrating  another Senior premiership win this time with the Pint FC in Darwin.

Both played major roles in the AFL NT div 1 premiership win. McDonald a dual premiership winning player at the Noosa Tigers rucked tirelessly all day. Maher, who also has played in the past two premiership flags with Noosa was just awesome across half back playing his usual quarter back role. Great to see Noosa Tigers boys going well as Connor and Harry head south to Melbourne in season 2021 to play with Heidelberg in the Strong Northern Football league.

Congrats again boys and all the best this year!